5 Things I Can't Wait For

Some things never change. From day one, the thing I’ve missed the most is movie theaters. Everything else here has some sort of passable alternative, but not this. There isn’t a single movie theater on the island, and nothing can compare to having your eyes and ears blown by the big screen while stuffing your face with popcorn and coke. 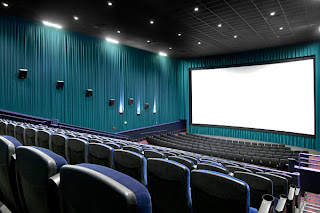 A good ale. I think one of the first posts we had here was about how much I miss India Pale Ales. Sometimes I smell something a little flowery, and suddenly my mouth waters for a good kick in the teeth that only IPA’s can provide. 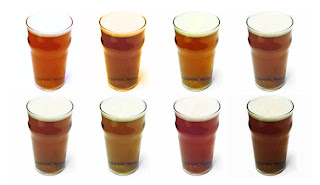 I’ve found enough alternatives for coffee down here that I haven’t been missing out so much: the espresso is pretty good, and we make good coffee at our apartment. It’s not great, but it’s not like accepting Kubuli when you’re looking for actual beer. No, what I miss is the cafes themselves. Denise and I used to live in a part of Vancouver with at least five cafes nearby, two of which were open 24/7. I miss that ready-made escapism, a quiet place to read or write or just calm the shit down. 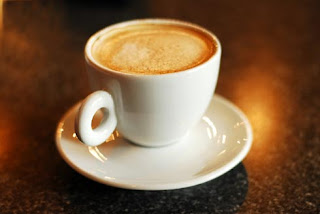 This is something that has been creeping up on me. There are no nice couches here. Well, not many. Everyone I know has these crappy little things made of wood and uncomfortable cushions. Think of a really cheap futon that isn’t actually a futon. After a year it gets to you. I want something I can sink into, curl up in the fetal position with a book with. Mmm.
Give me a change of seasons. It’s the great debate between going to Florida or going to Michigan. For most, they don’t want Michigan in January. For me, I could not be running there fast enough. I’ve lived in the longest summer of my life for the past sixteen months, and I’m not a summer guy. My genes tell me I’m Scottish, and my upbringing tells me I’m a Canadian from both the prairies and the mountains, so everything about me needs the cold for about half the year. Please and thank you, I’ll take that icy wind right about now. 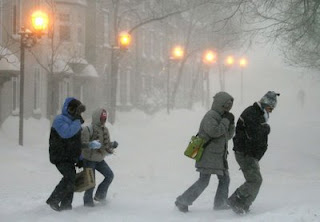 Posted by Mark and Denise at 5:40 PM No comments:

Our recent trip to Orlando, to see family and visit Hagrid, created a nice little breath before the final plunge here in Dominica (I'll leave the details of that trip to Denise, in the event that she posts something some day). Of the sixteen months we signed up for initially, we've made our way through fifteen. My calculator informs me that that is 93.7%. Seeing family is always a welcome break, and the trip also provides an excellent counter-point for the next month, a reminder that things are about to change.

Yes. This is the second time I've linked this in our blog. It is that good.
For me, I've decided to look at the next month as as much of a vacation as I can. Several spouses came down here with the mindset of "I'm here, I might as well enjoy myself", and went into semi-retirement for a year or two. Honestly, I'm pretty envious that they embraced that philosophy. I think if I had worked for a few years before flying down here, instead of being in school, I might have also welcomed this more as a break. As it stood, I filled my time with odd jobs and personal projects, so I feel pretty good about taking the next four weeks as leisurely as I can. 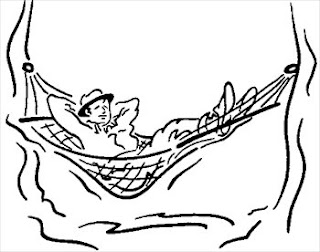 I've been slowly easing out of responsibilities for some time now. Island Thrift, which I brought to the 99th yard of legitimacy, has stalled because of a piece of paper (it has to do with pooing in a cup), but is now fully in the very competent hands of its new manager Nick. For all intents and purposes, I no longer work there; or, as I like to tell some people, I'm staying on largely in a 'consulting capacity'. I hope the store will be open before I leave, if only for my pride, though it looks doubtful. My other, more important job - aftercare - I have also been backing away from, as my good friend Ronen has taken the reigns. I have dwindled my hours so that I come in maybe two days a week instead of five now. That's a job that's hard to let go of, because I love it so much, but Ronen is awesomely competent, and it's time someone else took over. The last job I have is assisting the teacher in the Kindergarten class, another job I love, and I'll be going in only three or four days a week until I leave. It's weird for me, consciously working less, but I want to take advantage of this time. 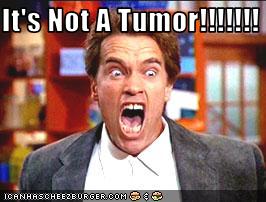 In the coming weeks, I hope to do as much writing as I possibly can (shameless self-promotion: download an excerpt from my book!). When else will I have this much time to write? (Answer, very soon when we're in Michigan.) I'll be writing in the blog more, trying to reflect on the year we had, and talk a little about some of the projects I'm working on. I had originally hoped to do the Boiling Lake hike, but have since changed my mind after canyoning (pictures and videos coming in the eventual post by Denise). Going on the hikes has never had much appeal for me, and I've lost all interest in the gruel of the Boiling Lake trip. I'm certain it's amazing though - it's a mark of pride for those who have done it. I'm just quite content to avoid it now.

There's also quite a few logistical things to deal with in the coming month. I'll be going through the ritual of selling most of our stuff, bit by bit on facebook. I'm pretty late to the game - many of my friends have been selling their stuff for months - so here's hoping there's still some demand. We're selling everything because it just doesn't make sense to pay the money to transport most of the crap we have, and we'll just buy everything cheap again when we get to the US anyways. The other big logistical problem we're having is whether to get a barrel or not; we're pretty sure we can pare everything down to a couple of extra suitcases, and save the stress and money of sending our stuff on a boat. Really it comes down to a debate on the lesser of two evils: international shipping, or airline baggage handlers. Hmm...

The most interesting thing in this entire process is that Denise and I are definitely getting rose-tinted glasses, or whatever you call it. Everything that pissed us off is suddenly quaint. We'll see how long that lasts.
Posted by Mark and Denise at 6:27 PM No comments:

Last night there was a belated Halloween party in Portsmouth, a fundraiser thrown by one of the Ross clubs. Denise made the strange move of agreeing to attend several days ago, so we went.

Why was it a strange move for her? Three reasons. First, our record indicates that Denise and I are phenomenally lame when it comes to our social life down here. Besides the occasional trip to the bar after minis, I can't remember intentionally going out to a party in Dominica. We're homebodies. Second, it was in Portsmouth, and we rarely leave the nearly-gated-community that is Picard (for me, besides the fact that I've never been too adventurous, it's mostly because there normally isn't a reliable taxi service past 2 am, so why not keep close?). Third, and perhaps most telling, is that it started at 10pm. That's like, really late. I swear to god, we took a nap before we went out. I can physically feel myself aging.

It was a good time, to be honest. The bar opened up onto an outdoor dance floor, which opened up onto the ocean. Many of our friends were there, a rarity when it comes to socializing amongst medical students and their insane schedules, and that made it worthwhile. There was one thing I found strange (I suppose I shouldn't have found it that strange): There were skanky costumes. As in well thought out, expensive skanky costumes like high-quality playboy bunny outfits. This is Dominica. To bring down a skanky costume is to consciously decide not to bring something else in the space you would have in your suitcase. This means that they actively thought to bring those outfits for one night, at least two months in advance, instead of extra sets of clothes. And hey, power to them, but I was definitely not expecting it.

In Which I Wrote A Book

For those who may have missed it, I recently self-published my first novel, Losing Dominion. If you haven't already, please visit http://losingdominion.wordpress.com/ to read the excerpt, or buy a copy of the book. I'm proud to say that 15% of the proceeds will go to the Alzheimer's Society, so go check it out. 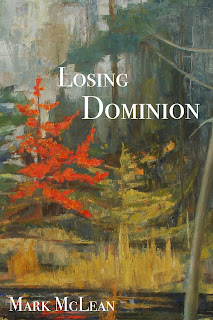 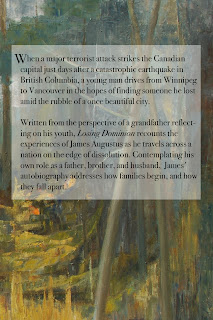 From inception to completion, Losing Dominion took me three years to finish. It began as an idea I had in the middle of the night, and it kicked around in my head for months before I finally put a pen to paper. In the end, I must have gone through almost a thousand pages of writing and editing before I was able to finish my book, sitting at a humble 130 pages. I'm insanely proud of it, with all its strengths and weaknesses. I find that the quote, "Art is never finished, only abandoned," now resonates with me; it wasn't easy to close the book and send it off to print.

I got very lucky in many things for this book to get published. I am grateful that my family was so supportive throughout the process, and that Denise was so patient as I wrote (although in the Acknowledgments section at the back of the book, when I thanked her last of all, she said "well that just shows you don't love me"). I was fortunate enough to have duped Lindsay Vermeulen into designing the fantastic cover of the book, which will no doubt lure in the masses (please message me to contact her for your own graphic design needs). I'm also lucky that I was able to use my grandfather's beautiful painting for the art on the cover. I have brilliant friends who were able to provide detailed, ass-kicking feedback on the original drafts, and that most definitely saved me a great deal of embarrassment. Finally, I am ridiculously grateful that my sister Jocelyn agreed to be my publicist/agent/PR person, and that she carefully crafted the book's publication so that it didn't look like the angsty creation of a prepubescent high-schooler.

The next step is to send the book in to actual publication houses, which I will be doing shortly with the help of Joss. So we'll see how that goes. In the meantime, I hope you'll buy my book. If not, please at least download the free excerpt.

Please check it out. Thank you.
Posted by Mark and Denise at 6:15 PM 3 comments: