Greetings world,
I hope y’all are doing well.   Mark is currently in the kitchen making cheese quesadillas, so I decided to blog a little.
On January 28th, I had my neuroscience practical exam.  I was (and still am) behind in my studies.  The teacher for the neuroscience course has a “100 Club”; if you get 100% on the neuroscience practical, she takes you out for dinner.  I had no delusions about being in the 100 Club…with an extra week to study and nothing to do, OR with a time machine to go back to the beginning of the semester and not fall behind, I might have been able to swing it.  I was aiming for an 80% going into the exam, and even this was ambitious.
This exam, unlike all my others, was a fill-in-the-blank exam instead of a multiple choice exam.  Also, spelling counts, and a lot of things in neuro sound very similar despite having nothing in common (e.g., caudate vs. cuneate vs. cuneus).
The exam started off strong – I knew the first few answers, no problem.  I thought to myself “Maybe I’ll actually pull this off”.  Then, around question #14 (out of 50) everything went down hill.  I was getting confused, changing answers, and had seemingly lost my ability to spell.  There was a small period towards the end of the exam where I thought things were picking up again, but it was short-lived.
Usually, I try to leave as soon as possible after an exam.  I hate hearing people talk about what they put, or how easy/hard they thought it was…it stresses me out.  At this point, you can’t change anything, so I don’t really even see the point in talking about it.  This exam though, was on the far end of campus, and there was only one route to get back, so I was forced to listen to people talking about the exam.  Everyone agreed that around question #14, things took a turn for the worst.  This made me feel better.  Then people started comparing answers…nobody seemed to have put what I put…this did NOT make me feel better.....
Turns out, those other people suck, because I got 90% on the exam.  Don’t ask me how.  I do not question these great gifts from high above.  All I know is, I thought I was totally screwed, and I ended up being in the top 17%.  Not too shabby. 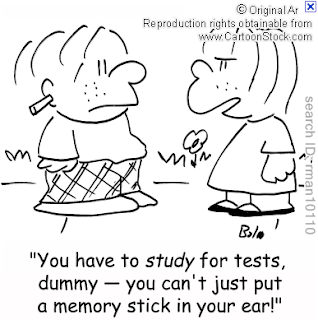 I just finished buying my "I got an A" gift.  I got the bag that I wanted a while ago.  Once I factored in the Gift Certificate Vanessa got me for Christmas, it came to under $100, even with....get ready for this....SHIPPING TO DOMINICA!!!!  My friend Stephanie, who saw the bag on our blog last semester, decided to get one too, so we are splitting the shipping cost, which is even more awesome.  So much awesomeness everywhere.
In other news this week, I was finally able to confirm with Mark’s parents that YES, I will be joining them on a cruise on February 15th.  It had been up in the air because I had a class that I didn’t know I could get out of.  Turns out, the prof is going to be on vacation that week too, so it’s actually kind of perfect!  Mark and I are jumping on the cruise in Dominica while his parents start in Puerto Rico.  From Dominica, we go to Grenada, then Netherlands Antilles, then Aruba, then a day-at-sea, then Puerto Rico again.  Mark and I fly back to Dominica from Puerto Rico on February 20th.  Stay tuned for pictures…here’s a video for now that you can all get jealous over…
http://www.princess.com/video/dvd/CaribbeanCrownEmeraldRubyCE09.html
Also this week, I had a simulation lab where I learned about managing airways.  I got to intubate a robot (Harvey).  It was surprisingly cool.  Made me feel like a real doctor.
I could go on and on about all the other things I’ve been doing, but this post is already super long, and I don’t want to push Mark’s fish video off the page (if you haven’t watched it yet, it is the post below this one: Mark guts a fish…very manly).
Ciao!
Denise.
Posted by Mark and Denise at 4:40 PM