First off, a familial shout out to Fay, who - according to the biography provided - is a cousin of Denise's from Guelph. Welcome to the group Fay, we are now 19 strong. Woot!

Every day I spend two and a half hours running the aftercare program at Ross Prep school. I like it, even if it's a glorified babysitting stint; it allows me to use some of the things I learned in education, and it keeps me from getting rusty. Plus I just enjoy the kids' company - there's a lot of different personalities going on here.

A couple of days ago I had to hang around at the school for an extra half an hour, because one of the boys' parents was MIA. He's a local kid, whose parents enrolled him in the school because it's the best education you can get on the island - the public schools are understandably underfunded. In class, he has no accent to speak of, but when I heard him call his mother on the phone, he slipped into a very heavy Caribbean accent. It hadn't occurred me (quite naively) that anyone would want to slip into Caribbean accent; I've always dismissed it as goofy (a product, I'm certain, of the many Bacardi Rum adds where Caribbean dudes are just drinking and havin' fun wit deir accents). For this student, I would imagine that his parents would not appreciate hearing him speak with a North American accent while at home, no more than an American or Canadian would appreciate having their child speak the Queen's English at dinner. 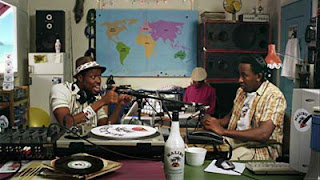 Meanwhile, a colleague taught me today some of the dialect of the locals. I've heard some say "wa" in the middle of a sentence, though I didn't understand what it was. I just learned that it is from the french "oui", meaning "yes". So when someone says: "Yes, I go to da store, wa, da store", I now know, for the most part, what they're saying. The opposite? "Na".

I still have far more difficulty understanding the accent (dialect?) here than most - I've always had trouble with it. Perhaps it's my weak brain power. Denise can catch almost everything, so sometimes she translates. It makes me look like an old man. 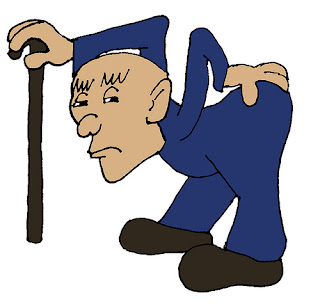