My pedagogy leaves no stone unturned.

In aftercare today we split the kids up into two groups. Friday is baking day, and it can get hectic trying to keep the attention of a dozen kids, ages 4 through 10. On the advice of our principal, we divided the students into the younger group (4-6 year olds) and older group (8-10), taking the first group on a walk somewhere while the older children prepared the food. Then we'd do the old switcheroo to allow the younger kids time to actually bake whatever we were making (M&M cookies today), and I'd take the older group on a similar outing. So I took all the young'uns outside to start.

The kids milled about the schoolyard.

"Seriously kids get over here."

They formed as good a semi-circle as 5 year olds are capable of.

"What are we doing Mr. McLean?" asked the youngest girl.

The crowd erupted in a chorus of "yays".

"Something very important." Shit. What are they actually going to do there? Time to make something up.

"Now pay close attention. You each have to collect three different rocks...and it's important that they're all really different from each other."

"YAY!!!" They all jumped up and down around me.

Phew. Off we went to the beach, not a minute away. 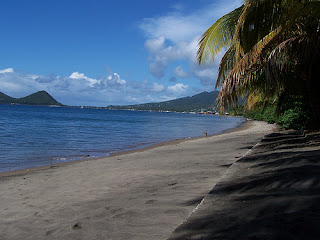 We headed down, and I gave them a specific timeline for the special rocks they were to collect. They had ten minutes to find the differentest rocks they could. Back and forth they scurried, looking for a rock that somehow did not resemble the previous one they found. When we got to the limit of the beach, I asked the kids to show me what they had. Most had 5 or 6. 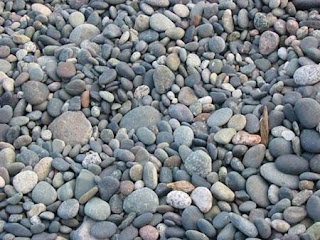 "Guys, these are some of the most amazing rocks I've ever seen! Unfortunately, you can only take 3. Sorry, them's the rules. So make sure that by the time we get back to the school, you toss the ones that don't make the cut. I'll be checking!"

We walked back slowly, with the sun behind us. I watched the kids stare at the rocks in their hands and try to figure out which ones were more different than others. Meanwhile, the girls tried to walk as close to the waves as possible without getting wet, shrieking and running away when it got close.

It turns out that spending a beautiful afternoon getting paid to walk along the beach, with kids who are convinced that you have some important plan for them, is not a bad way to pass the time in the Caribbean.
Posted by Mark and Denise at 8:23 PM