One career, two cadavers, and a soundtrack

A speciality, or a life?
We just finished a Reproduction and Skin unit.  I have been kind-of-sort-of considering a career in Obstetrics and Gynecology.  I was hoping this block would shed some light on it for me. 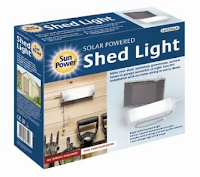 There was one lecture that I thought was so cool (that also happened to be taught by one of my favourite profs here).  It was called “Assisted Reproduction”.  We learned about some of the reasons why a couple might have a hard time conceiving a child, why women peak in attractiveness at 22 years old (too late for me…), and why it might be wise for me (and my female classmates) to go ahead and freeze some embryos now…just in case we are too busy to actually meet a man down the road (I have luckily (?) dodged this bullet).  We were also taught (AGAIN) that once a woman turns 35, her eggs start getting stale, and her chances of having a normal healthy baby drop steadily.  I looked into what the training is to be an infertility specialist, thinking that this might be a good career for me.  Turns out it is a 4 year residency in Ob/Gyn followed by a 3 year fellowship in Reproductive Endocrinology and Infertility….so….assuming I start residency when I am 28, do a 4 year residency and then a 3 year fellowship back-to-back, I am looking at beginning my REAL career when I am….35 years old!  Damn it!  So, I guess I will at some point have to decide…do I want to help other people have children, or have children of my own? 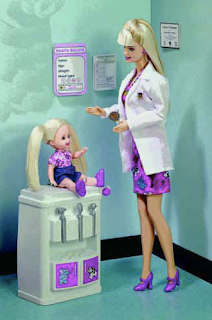 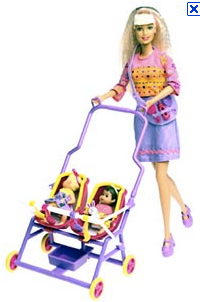 I'm hoping my answer lies somewhere in the middle, but I can't be sure...
This is an internal debate none of my male classmates need to have…stupid boys…
The end of cadaver labs
I had my last cadaver dissection of medical school on Wednesday, March 30th.  I think most students feel the same way about cadaver lab.  “Oh man….I got lab today.  That sucks.  It’s 3 hours where I could be studying….and now I’m going to smell like formaldehyde all day.” It wasn’t until I was done my last lab that I got a little sad about it being over.  As much as I hated the way my hair absorbed the scent of cadaver, I can’t deny that I learned a lot more from cadaver lab than I would have learned through lecture alone.
I attended a “Ceremony of Thanks” on March 31st (Mark came too).  It was a ceremony to honour all the people that had donated their bodies to our lab for us to learn from.  A few of the profs spoke, one of them almost crying as he recalled his first dissection ever.  It was very sweet.  Some of the students shared poems and stories.  Since you get a new cadaver each semester, each student should have dissected 2 different bodies during their time in Dominica.  One student at the ceremony talked about how he liked to give his cadavers a life story (we are told nothing about them except their age and cause of death).  He said that in his first semester, he had a female cadaver who died of lung problems.  He named her Gladys.  In his second semester, he got a male cadaver he named Harold who died of heart failure.  In his mind, Gladys and Harold met when they were teenagers, fell in love, got married, and grew old together.  Gladys died first, and then Harold died shortly after of heartbreak from missing her so much.  I thought that was such a sweet way of approaching our first encounter with death as medical students.
Getting through the funk
On a final (and more cheerful) note, I thought I would share some of the music that has been keeping me going lately.  I have a study habit whereby I listen to certain songs for certain subjects.  For example, for cardiology last semester, I was really big into And I Was a Boy From School by Hot Chip.  So, during exams, if I get stuck on a cardio question, I start singing that song in my head.  This serves the dual purpose of keeping me calm when I would otherwise be freaking out, and jogging my memory through my association of the song with the study material.  So far, it has worked out pretty well.  Sometimes songs are SO GOOD that they overlap more than one subject…but that’s okay.  Here are my Top 3 Reproduction & Skin Songs…  (click on the artist name to link to the videos) 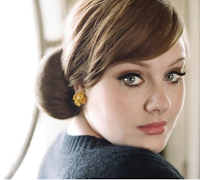 Adele - Rolling in the Deep 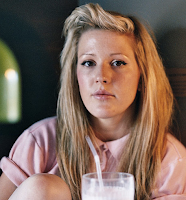 Kanye West – Lost in the World
Mark and I plan on blogging soon about the new grocery store that opened on the island…stay tuned!  It’s just in time too, as the postal system seems to get slower and slower whenever anyone sends us anything.  That being said, I FINALLY got a box full of goodies from my mom just in time for finals!  Nom nom nom.
Denise.
Posted by Mark and Denise at 2:48 PM