Okie dokie,
So, it has been a while since I blogged and much has happened…

Mark and I went to Pagua Bay after my final exam, as planned.  It was dark by the time we got out there, so we couldn’t really appreciate the gorgeousness until the next day.  Our cabana was amazing.  I pretty much want to live there.  I had steak for dinner and cheesecake for dessert and everything was awesome.
The next day, he had breakfast on our patio and hung out at the cabana.  We had the option of going down to the river for a swim, but all we really wanted to do was relax and lounge and be on our computers (as Mark has already mentioned).  We got to the airport super early, having been scared by the Liat horror stories.  It was pretty smooth sailing for us though, except that our flight was delayed by 30 minutes.  Also, there is NO vending machine and NO water fountain once you get passed security at the Dominica airport, which is just stupid, especially when your flight is delayed.  We got to Barbados that night and went to our hotel.  Even though our stay at this hotel was awesome the first time, we were thoroughly unimpressed this time around – their internet was down, the toilet in our room didn’t flush, the air conditioner was SO loud that it literally woke us up in the middle of the night, and the service was super slow and borderline rude.  We are going to try a new place when we fly back to Dominica in January.
After 5.5 hours on a plane, we were finally back on Canadian soil!  Although we weren't quite yet home, fortunately, the Toronto airport had everything I wanted and needed…
5 more hours in a plane, and we were back in the 604 area code.
Since being back in Vancouver, we have managed to do a lot of things we missed.  Namely sushi and Denny’s and Granville island.  I also got to do some shopping, including this little beauty….
That’s right.  By some act of God I managed to get straight As this semester, and am now the proud owner of a beautiful new Tiffany’s ring. 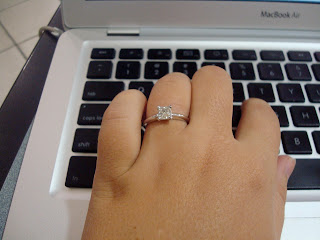 A shiny new rock from Mark, who proposed on Saturday, December 18th (our 2 year and 2 month anniversary) at the arcade where we had our first date.
I said yes.
So, how does a young couple celebrate an engagement in Vancouver after spending 4 months living on a rock…...?

They go sit in a dark room with a bunch of strangers and get separate popcorns...
It was perfect. 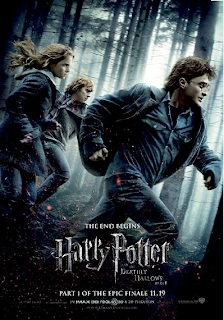