Adventures in Diet Coke and a Battle of the Cows.

Diet Coke here is called Coke Light. It's the same thing, and you can buy Diet Coke in cans here on the island, but generally, if you want a DC, you need to buy it in one of those 591 ml Coke Light bottles. 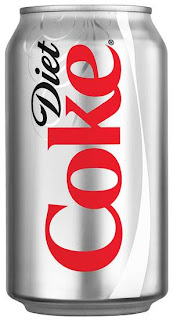 We used to buy Coke Light at the 7-11 (again, not the same thing; this one is open literally from 7 to 11) for 2.25 EC (a little under a buck CDN). Then a couple of weeks ago, we noticed they were out, so we went to our back-up source. Soon they were out. One by one, all of our sources of the calorie-less drink went dry. Then the rumours started. Fourth semester students lurked behind shadows and whispered that we shouldn't be expecting anymore Coke Light; this happens every semester, they said, as the stores stop stockpiling things for the Christmas break, since everyone leaves. Panic settled in, not only on Diet Coke-addicted Denise, but on the entire student populace, many of whom depend on it for an easy source of caffeine. The campus grew anxious.

Denise and I resorted to desperate measures. One of the vending machines on campus sells actual Diet Coke - we bought it out. Still, we didn't have enough to sustain her over this stressful exam period. I even asked the father of the student I teach, a well-connected man, to keep an eye out. He said he'd send one of his workers to look for it. 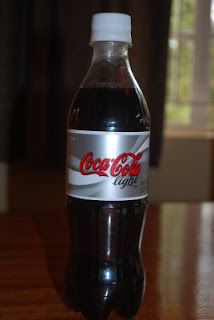 Last week, I happened to be in Portsmouth an hour early to volunteer, and so I looked everywhere, to no avail. Coke Light could not be found in Dominica. Then, at the last store, one of the storekeepers leaned over and told me about one possible resource: a small shop a few blocks off the main road. So I went down this sketchy street, where men sat on the side of the road and stared at me. One even stopped me and asked me what I was doing.

"Diet Coke," I responded, then scurried away.


I found the place, a hole in the wall with no customers, and searched through their fridge. There, at the back, I found four bottles of the sweet nectar, and bought them promptly. The owner probably charged me more than he would others, but didn't realize he could have charged me anything - Denise is not a happy person to be around sans Coke Light, and this makes me an unhappy person.

When I went to volunteer, one of the kids told me he could get me some Coke Light, no problem. I scoffed. I doubted he could do it, but I gave him the challenge, and worst case scenario is that he finds it, and I give him a fat tip. I gave him my number just in case, but I was skeptical.

Then a miracle! One of the stores on campus had nine Coke Lights! I bought seven of them, if only because  that would hold us over, and I didn't want to deprive someone of their addiction. Then the next morning: a call from the student, telling me he has twenty-four Coke Lights for me, for the low price of 41 EC (I clearly will pay him far more - this is like charging .65 CDN for a 591 ml bottle). We went from a period of frightening Coke Light starvation to the land of plenty.

Now I hear that all the stores in Porstmouth have been restocked. So we have a stockpile of about thirty Coke Lights, more if my boss comes through with his own supply, and a long holiday over which to hoard them.

Denise tells me, however, that this new batch of Coke Light tastes kind of suspicious. 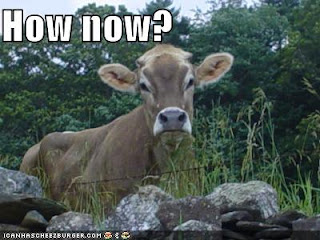 On a less dramatic note, we heard some alarming sounds outside our apartment the other day, and took this video of some cow/bull drama. It turns out that the distressed bull was trying to hump another cow, which we (unfortunately?) missed because my camera died. Soon after the clip cuts, the bull pretty much ran after a cow that looked exactly alike, and spent 15 minutes trying to mount. We got bored and left before finding out if it succeeded.