This week I breathe a sigh of relief, because I now have my schedule for next semester. There was quite a lot of question marks surrounding what I'd be doing, and where I'd be doing it - at one point this semester I had five paying jobs and three volunteering jobs. It has now settled to three paying jobs and one volunteering position. It'll be very nice to have some consistency from day-to-day.

The first job I'll have is working with a private family, teaching one of their children. I've been working with them for about a month now, and it's been a pretty enjoyable learning experience. Almost all of my training and work has been with teenagers, but now I'm working with a first grader everyday. He's a really intelligent kid, and it's been interesting learning how to teach someone so young.

The place where they live is ridiculous. The family lives up a mountain, and has a killer view. Their home is actually furnished with couches and art, which doesn't sound extravagant, but anything large or breakable is rare here, since everything arrives by boat. It's nice being in an actual home. When I was there this Thursday, the aunt of my student took me outside to show me a lemon tree growing nearby. With her children, we plucked six or seven of the lemons, and then she made us fresh lemonade. How idyllic is that? 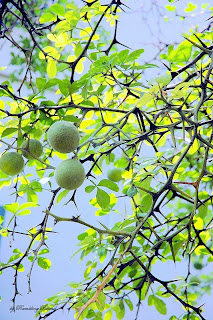 Below is a video of the view from their house, which gives a really great perspective of Dominica:

After that I'll be working at aftercare, in the University's prep school. I took the job initially because it was in the field of education, and it was paid, but I'm surprised by how much I like it. Again, I have almost no experience with children, but I have found working with them far more seamless than I thought it would be (whenever I talk to my niece, who is almost three, I ask her questions like "Oh, are you about to put a block on that other block? That seems like a good idea...", whereas Denise will ask actual helpful questions about her school, how old she is, what she's wearing, etc.), and I've learned how to speak to them. It's also good to just be in an educational environment.

I try to model myself after this guy. 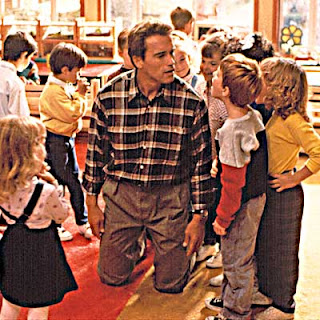 The third job I'll be working is at is Island Thrift, as manager. Initially stressful, I'm finding it the most intriguing of all three. I've never been anywhere close to a management position, and Island Thrift is the most bizarre company I've ever worked for - it's young, and it works by taking the stock in and out of luggage and selling it on tables outside. Yet I've started to develop a system that I hope makes sense, and that will make everyone's job a little easier. It's really the one variable in my entire schedule; everything else is more or less consistent, but this one could prove to be a good source of experience, and a pretty easy system to manage, or it could become a frustrating distraction. We'll see.

Denise and I are almost home. She's in the middle of a stretch of tests (five in fourteen days), and so likely won't be blogging anytime soon. We're both going stir crazy at the thought of being in Canada within two weeks. I can't decide whether I want to have a Vancouver beer, watch a movie in the big screen, or eat sushi first. Ugh. 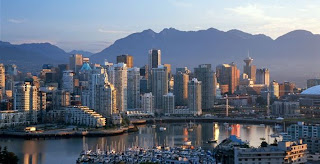