Today we were welcomed with a package from home. Sheer delight, and if any of our fine readers happens to see my parents, please give them a good long hug. In it was a bag of Decadent Cookies from Superstore (Denise's absolute favourite; she just said that they are "birthed from virgin loins"), two different, high-quality spatulas, nice batteries, goldfish (the snack, yum), and, a signature move by my father, random article clippings from the many newspapers he reads. This was a fantastic way to start the day.

After getting some solid work done on my story, Denise and I played a game of ball hockey for the first game of the season (our team is entirely Canadian, and we're called "Coast to Coast like Buttered Toast"). We lost 7-3, but the second half score was 3-3, so it just took us awhile to adjust to the style of the game. We'll get better the more we play, but we don't have enough players. So glad to be starting hockey again.


Afterwards we went to the Tomato, which is one of the only restaurants here that is truly North American (I almost worked there, but have been told by most that I dodged a bullet turning it down). We had delicious burgers, and Kubuli on tap. Draught Kubuli is so much better than bottled, holy balls. We were joined by two couples, and since one of them is an avid reader, what's up Suzie?

So it was a good Friday. These tastes of home (packages, hockey, good beer) are nice breaks every once in awhile, and keep us afloat when we get overwhelmed by the fact that we're in the middle of the Caribbean with few reminders of Canada around us. 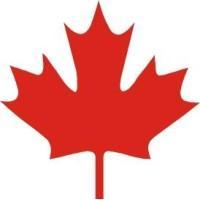