A longing for some good beer

I return from my trip to Roseau victorious. Everything there is much cheaper, so the hour long, winding road is well worth getting products that they don't have here.

I decided to splurge and finally bought a pack of the local beer. A "pack" is 24 small (200 ml) bottles placed in a plastic container which you can return for 10 EC (4$ CDN). For 24, it costs about 55 EC if you include the returned container, so the small bottles end up costing a little under a dollar CDN apiece.

*A quick note on the beer. It's slogan is "Dominica's Pride", and its name comes from a shortened aboriginal word for Dominica, Wai'tu Kubuli, which means "tall is her body."

It's pretty crappy beer. It sucks. I would compare it to Molson Canadian (which likewise seems to brag about being the pride of a country). The only thing is that you really can't get much else. They have a lot of Heineken and Guiness, but I might as well support a crappy local beer rather than a crappy German beer, and drinking a stout in this climate is madness.

More than anything else that I've missed from Canada, is a good, frothy ale. I'm talking about a dark amber coloured beer poured into a clear pint, with a couple centimeters of foam. My mouth is literally watering, and I'm staring at my Kubuli with disdain. 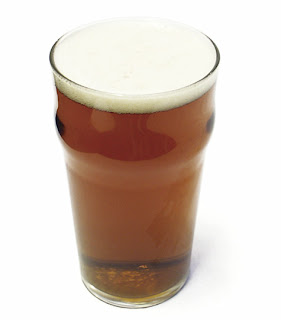 Still, a beer's a beer, and I'm increasingly suspecting that I'm a beer snob. It'll do for now, and really in this heat, a flavourful ale would have trouble competing against a cold lager.

We'll see how Kubuli mixes with hockey season. If I can get any hockey games here at all (fingers crossed) (Go Leafs Go!).
Posted by Mark and Denise at 5:52 PM